One of the great things about this podcast is that we have the opportunity to promote new and up-and-coming artists. We collaborate on snippets and sounds that will entertain listeners between segments on the shows. It’s our pleasure to promote an original variety of musical talent for your enjoyment. 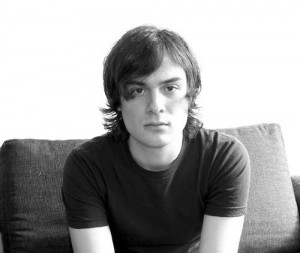 A native of Shreveport, LA, Cameron Meshell is a naturally gifted musician who plays multiple instruments at a professional level, first taking up the drum kit at age nine. “That’s when I really discovered music,” Cameron recalls fondly. “I grew up with a metal head older brother who was a drummer, so I learned to play drums and then moved on to the guitar, bass and piano.” As a teenager, Cameron also developed a deep love for the music of the British rock band Queen, including an admiration for its iconic lead vocalist. “I didn’t start singing until I was about seventeen,” he admits, “but I knew when I first heard Queen that I wanted to sing like Freddie Mercury. It’s completely random that I would be able to cultivate that ability, but early on, playing music and singing was something I loved to do. I graduated from high school and attended college briefly; but music really was my education. As a career, I didn’t want to do anything else.” 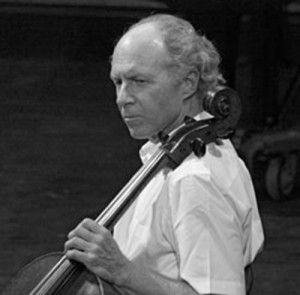 Thanks to my Fluxible friends, Mark Connolly and Robert Barlow-Busch, we would like to welcome our newest musician, famous cellist Paul Pulford! Paul has been an active soloist and chamber musician since his debut recital in Winnipeg in 1967. He has performed many of the great works for cello and orchestra with impressive ensembles such as the National Arts Centre Orchestra, Banff Festival Orchestra, Symphony Nova Scotia, Toronto Chamber Players and Irish Radio.

Paul’s CD of the Complete Works for Cello and Fortepiano by Beethoven with pianist Boyd McDonald (EBS Germany) received rave reviews in a number of publications, including CONTINUO Magazine, which remarked, “In what is certainly the major period instrument release of Beethoven chamber music in many a year, Pulford and McDonald have completely blown the competition out of the water—there is simply no need to consider any other version, despite the many big-name cellists who have recorded this music.”

A former member of the Penderecki String Quartet, with which he toured worldwide and recorded 21 CDs, Paul also maintains an active interest in New Music. He is a founding member of the Blue Rider Ensemble, which has recorded a CD featuring Pierrot Lunaire by Schoenberg, and The Cinnamon Peeler, a new work by American composer Donald Crockett, based on poetry by Michael Ondaatje.

Paul is committed to sharing the experience of classical music with younger musicians. He teaches cello at Wilfrid Laurier University where he coordinates the Orchestral Program and the innovative Chamber Music Program. Paul plays a cello by the French maker August Bernardel from 1847.

Podcasts about IA, UX and Design

UX-radio serves the community with conversations that inspire, educate and provide resources.